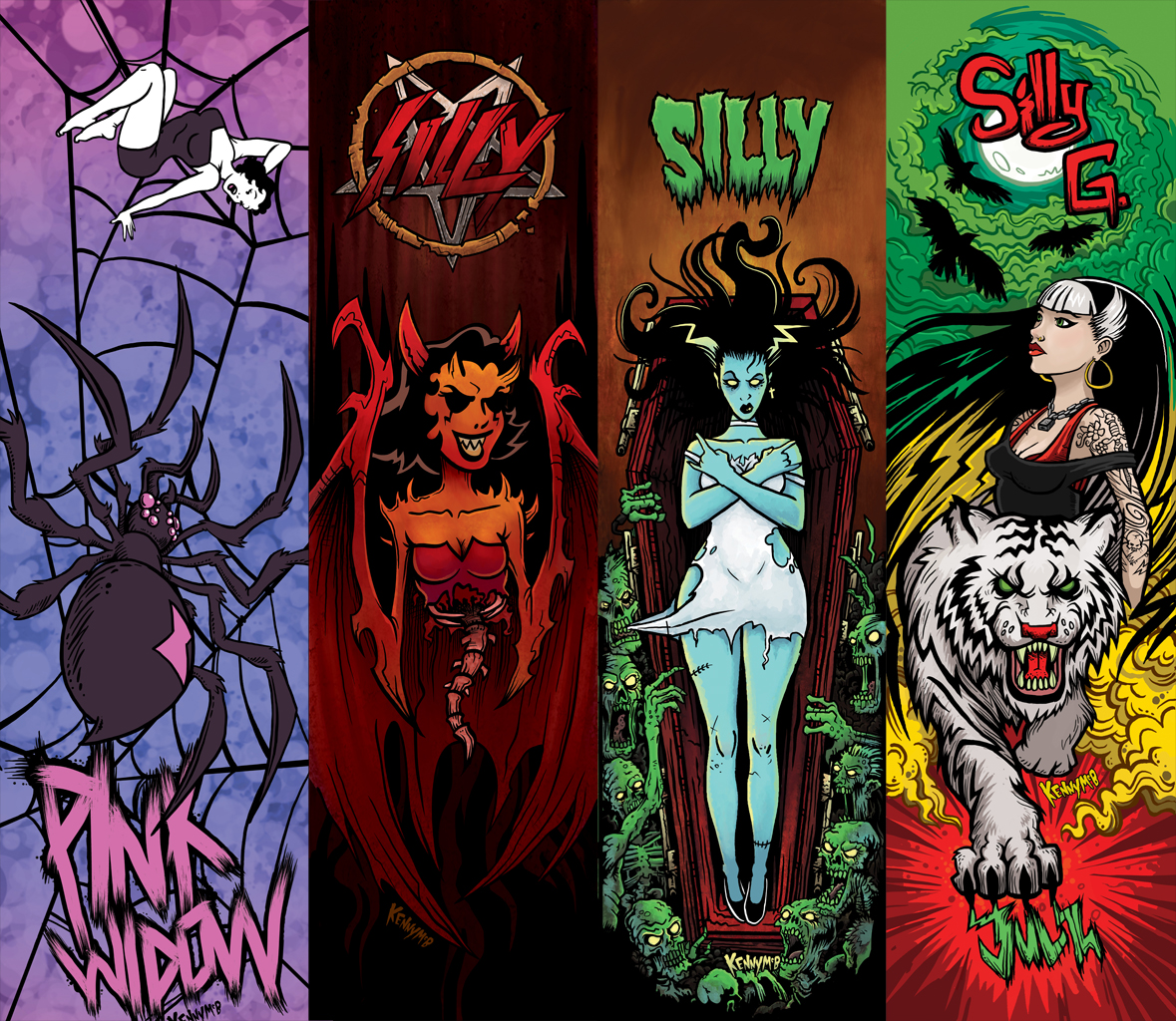 When I'm not busy with personal art or at work doing Character Art for Carbine Studio's Wild Star, I spend  time working with a local girl's skateboarding team here in Orange County who have really made a name for themselves.

I was fortunate to meet team leader Matt Guadio a few years ago when first moving to California and eventually was offered a chance to come up with Graphics for Silly Girl. Since then I've done four graphics for them, one of which was recently featured in the Barcelona, Spain 2013 X Games by team pro rider Julz.

I was recently asked if I would talk about some of the work I've done with Silly Girl by being featured in a friend's video blog series 'Skateboarding California.'

Email ThisBlogThis!Share to TwitterShare to FacebookShare to Pinterest
Labels: 2D

Kenny McB
Welcome to my Blog of randomness! I usually post whatever I'm chipping away at in my free time.